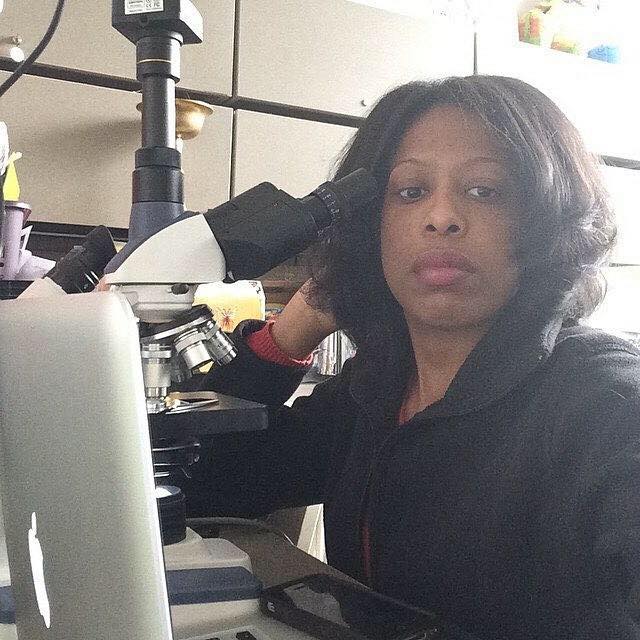 Nadia Ruffin, MS, the owner of Quiwi Produce and founder of Agricademy Inc. She graduated from Ohio State in 2005 with a bachelor’s degree in Agriculture where she majored in Animal Sciences/minored in Entomology. She has a background in veterinary medicine and research. She has held positions at the Ohio State University, The Ohio Department of Agriculture, University of Cincinnati and the University of Georgia. She was also a disease investigator for four years at Hamilton County Public Health. In this position she investigated disease outbreaks and help protect the citizens of Cincinnati from diseases.

Besides her experience in public health, research and veterinary medicine her family has owned a flower shop for over 30 years called Blossoms Florist in the Cincinnati, Ohio area. She is very skilled at growing plants in soil as well as using hydroponics/aquaponics indoors and teaching these methods to others. Aside from her growing skills she has years of knowledge in the area of entomology. She received her Masters of Science in Entomology from the University of Nebraska-Lincoln in 2017. She published articles each month for an online magazine call The Dirt on Organic Gardening and she has also published articles for Rodale.

Nadia received a resolution from Cincinnati City Council in February 2018 for her farming and agriculture initiatives. She has received two grants one from the Royal Neighbors Foundation and the other from the City of Cincinnati Urban Agriculture Department. Nadia also received an award from the National Black Farmers Association as farmer of the year in 2017 for teaching new advanced technologies in farming. She recently was granted a SARE Farmer Rancher Grant to conduct an entomological study on Honeybees titled “The use of Bacillus thuringiensis spp. Inside beehives to control Small Hive Beetles (Aethina tumida) and Wax Moths.” The project started in May 2019 and will end in 2021.

You can follow Nadia on multiple social media channels like Facebook, Instagram, Twitter and YouTube under the name @urbanfarmsista. She has also designed a black business locator app called Patronize that is available at the App Store and Google Play. She has developed an online school where she teaches various agricultural subjects via webinar to people all around the world.